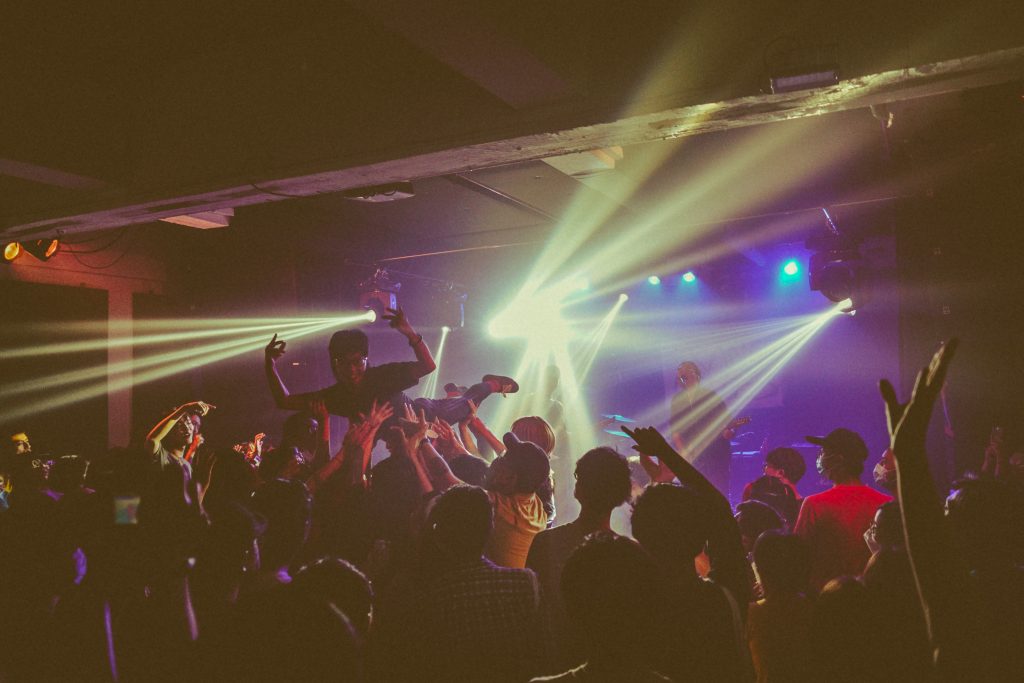 How has HK’s independent music arena grown and sustained itself? What are the major factors at work? What specific shape has localism taken since 2009? How did COVID-19 alongside many social political circumstances invoke modal changes in music production and distribution? Elliott Wan chose to conclude their undergraduate studies writing a thesis to ask many such questions. Their account starts with the closure of a popular independent local music venue This Town Needs. They refer to disparate written accounts by others and their own primary research data through field visits and interviews with several stakeholders. Floating Teatime will publish their findings in 10 short episodes. 溫啟朗讓「據點一杯茶」分享他們對香港獨立音樂的景況的觀察和考查，回顧前瞻，翻出一個專屬香港的獨立音樂故事，作為城大創意媒體本科畢業的總結。(introduction by Linda Lai)

**feature image: photographed by Tsang Ming Sum, published with permission for the author

Within the industrial spaces of Hong Kong, clusters of cultural and creative industries rose from the dust and debris of the declining manufacturing industry. In the Kwun Tong Business Area, formerly known as the Kwun Tong industrial area, and its surrounding communities, lies an intricate and delicate ecosystem formed by the community of artists, residents, and cultural enthusiasts which organically evolved as a cultural cluster (Zuser 51). However, this growth is not random – Tsang & Siu (211) highlights various parameters in which a sustainable creative cluster can survive and prosper. These parameters include basic needs, specific needs based on design disciplines, and psychological needs. Basic needs could include affordable rent, windows, air-conditioning systems, elevators, and convenient transportation. Specific needs based on design disciplines can include on-site amenities such as high floor-ceiling for photographic studios, and environmental perks such as the availability of printers, couriers, and raw materials. Psychological needs include on-site parameters such as meeting places, entertainment, security, and the reputation of the cluster, while surrounding environment factors could include cultural facilities, parks and recreation, and open spaces.

The industrial spaces in Kwun Tong fulfilled basic needs for independent artists and musicians. In the mid-2000s, specifically after the SARS epidemic of 2003, the economy of Hong Kong’s property market nosedived (Kong 182). Rent suddenly became affordable in industrial buildings where windows, air-conditioning systems, elevators were present due to the previous demands and infrastructure of the manufacturing industry, as was convenient transportation to and from the public transportation network of Hong Kong. This solved the rental situation in which independent artists, musicians, and bands often face when finding spaces for their creativity and art. One well-known venue for live, independent music which utilised this space was Hidden Agenda.

Hidden Agenda was founded as a performance venue for local independent bands in early 2009 by like-minded individuals who yearned for a place to perform. In less than a year, Hidden Agenda evolved not only into a gathering spot for local bands and artists, but also into a ‘Hong Kong stop’ for touring bands from around the world.

In an interview for Hidden Agenda – The Movie, spokesperson Kimi Lau characterised the creation of the venue as ‘natural’ (Hidden Agenda: The Movie – Part 1). In late 2008, owner Hui Chung-wo picked up a space of 1,700 square feet in the Kwun Tong industrial district, originally for band practice and rehearsals. With the help of his friends, Hui transformed the rehearsal space into a performing space, sourcing speakers and amplifiers from his friends, contacts and networks. About two band shows were then organised per month. The staff was almost all volunteers and friends, most of them residing and working near the venue, helping whenever needs arose after their working hours.

The venue remained in operations for about a year into 2009. They hosted about a dozen shows, featuring local bands from around the area before they were forced to close in late 2009, as the building where Hidden Agenda operated was sold in preparation for rebuilding and repurposing under the Government’s new Industrial Space Revitalisation initiative.

In 2010, Hidden Agenda re-opened on another site, still inside the Kwun Tong industrial areas. Already experienced in operating a performance venue for expansion, and with an even a bigger crew, the production cost of the shows increased. A dressing room, in-house bar and a stall that sold merchandise from local artists were added as part of the venue, in addition to better sound equipment and a wider stage to accommodate the growing needs of both bands and audiences. They were able to successfully rent their space for $10,000 HKD per month, due to the stagnating rate of rent. They were also able to operate completely self-sustained, primarily due to liquor sales (Zuser 62). By the end of 2010, Hidden Agenda was named the Best Performance Venue of 2010 by Time Out Magazine.

As music lovers were able to meet, group, and socialise, a local music subcultural community spawned from Hidden Agenda and its surrounding locale (Kwok 18). The location of Hidden Agenda further facilitated the formation of a community cluster within Kwun Tong. As most bands had practice rooms and rehearsed within the Kwun Tong area, it was only natural for Hidden Agenda to form and host band shows there. This is most prevalent during the early 2010s, where over 60 shows were organised in the span of 12 months, averaging more than one event per week, according to Hidden Agenda. 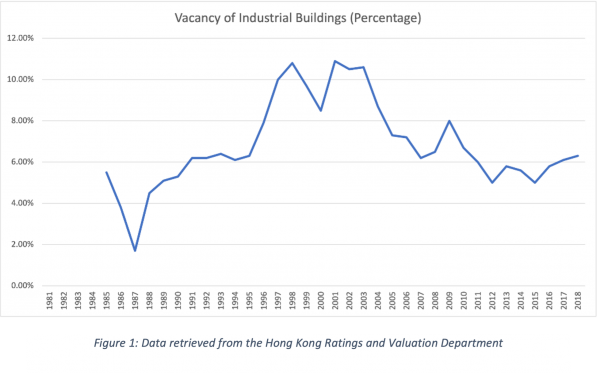 Biography: Creative media graduate Elliott Wan is a co-founder of local promoter group Ying Dak Collective as well as the front-person for local indie rock act Strange Lives and post-punk project KVYLE. Elliott ended their bachelor’s studies by analysing how events in recent years, namely the closure of This Town Needs, the rise of localism, and the pandemic have affected the local independent music industry. They will begin their postgraduate studies at the University of Leeds fall 2021, aiming to continue their studies and research regarding the sociology, economy, and psychology within the music industry and ecosystem.

Continue to read the next episode  [2]