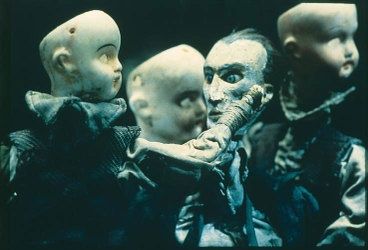 Lilian Fu / ‘The Street of Crocodiles’ and its enigma 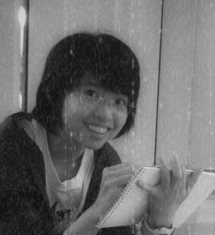 Inspired by Czech animator Jan Švankmajer and other absurdist artists like Kafka and Bruno Schulz, the Brothers Quay has a long lineage with surrealism and the use of puppet stop-motion. The duet remains two of the unsurpassed animators in the world for its original vision and techniques.

You would not find it easy to catch a clue about exactly what is happening no matter how many times you watch Brothers Quay’s The Street of Crocodiles (1986). However, the riddle of the world in this work is not difficult to solve because all answers are hidden elusively in objects and gestures. The artists’ ‘camera work’ penetrates beneath the surface of everyday life and the façade of ordinary objects. Rusted stews, dust, ruined dolls, pins and so on are secretly transformed, creating magic and thick mysteries. Despite the enigmatic motivation of the action, the whole film has an enormous proportion of depiction about these objects’ movement and mechanical details, forcing the protagonist – the viewers, us – to gaze at these operations more closely. Through the combination of macro lens, shifting focal point and pan shots, the action of seeing is emphasized in The Street of Crocodiles. It is also apparent that the presence and absence of the dolls’ eyes are one of the major symbolic acts to indicate the function of a camera.

Another crucial aspect of creating a mythical world is spatial movement. It is Brothers Quay’s common tactic to enrich a physical space by a series of visual strategies and cinematography. One of the characteristics of Quay’s film is the use of depth of field – by blurring the foreground and background, they key in on small objects to reveal their fine textural details. Most of the shots in the film are close-ups, which reject a continuous movement of the camera to settle on a conventional perceptual experience. Therefore, spectators are unable to locate their exact viewing orientation in relation to the spatial coordinates of the diegetic world, that is, viewers are required to keep re-defining from where they look as well as re-tracking through the multi-layered space.

So, with abstract space and weird, unexplainable objects, to grasp the embedded meanings in The Street of Crocodiles can be frustrating for viewers. But that’s why it is so compelling for us to watch it over and over again, to actively find the clues and hints to detect the meanings within. Indeed we need to exercise our imagination to fill in a lot of the ellipsis to fully grasp the work. Nonetheless, we will never fail to describe what the total experience is, and what the fragments of the work amount to at the end of it – except that there may not be a final answer to the riddle. As the Quay brothers said, ‘the Street of Crocodiles was a concession of our city to modernity and metropolitan corruption. The misfortune of that area is that nothing ever succeeds there, nothing can ever reach a definite conclusion….’

Chaos is the ‘spirits’ in this film. The Quays left everything unsettled and unresolved. The combination of live action and animation makes it even more confusing to identify its realness. But still, the concentration on small details and those almost-irrelevant plots are the main dish in this work as they are suggesting another aspect of representation of abandoned or neglected materials in the modern world, which reflects the uncertainty of society and the future in their time. However, this would be another topic for discussion. (Lilian Fu)

The Street of crocodiles (21min) (1986), was inspired by a short novel written by Bruno Schulz.