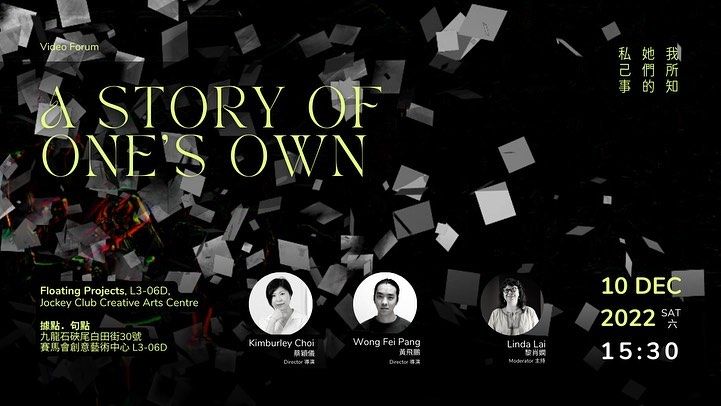 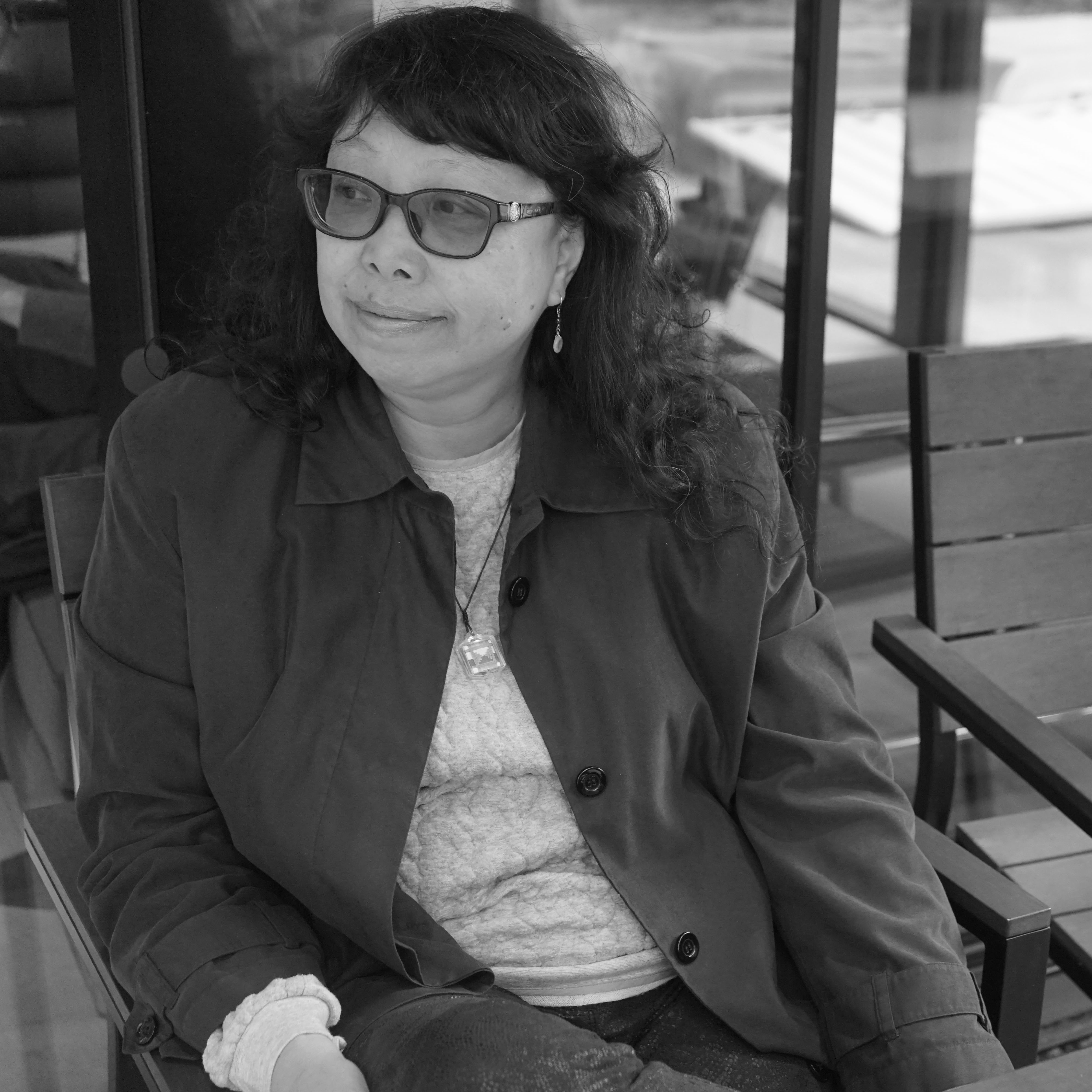 Co-directed by Kimburley Choi and Wong Fei-pang, A Story of One’s Own is an interactive video installation showing five characters recounting their lived experiences between 1950s and 2010s. A few dozens of videos show one same actress performing five composite personae constructed from interviews of 43 older Hong Kong women, born between 1939 and 1965, narrating their stories to call attention to their often slighted contribution to society and their heterogenous subject positions.

On site at Floating Projects, visitors will find a wall with projected videos and a catalogue cabinet-like wooden structure which controls video playbacks. Visitors are encourage to interact with the installed video archive using the 30 drawer-buttons (in 5 columns and 6 rows) on the cabinet to explore the rich content of the pre-grouped videos. Interaction with the 30 drawer-buttons will change the playback order of the videos. Once a drawer is pressed, a short video vignette will play, and the system will automatically play another monologue from the same script if no one press for another clip.

Visitors would allow themselves time to immerse in the videos to discover the fine differences and mutability between talks, auto-narratives, history and the representation of lived experiences the researcher seeks to present.

The past is neither singular nor transparent. 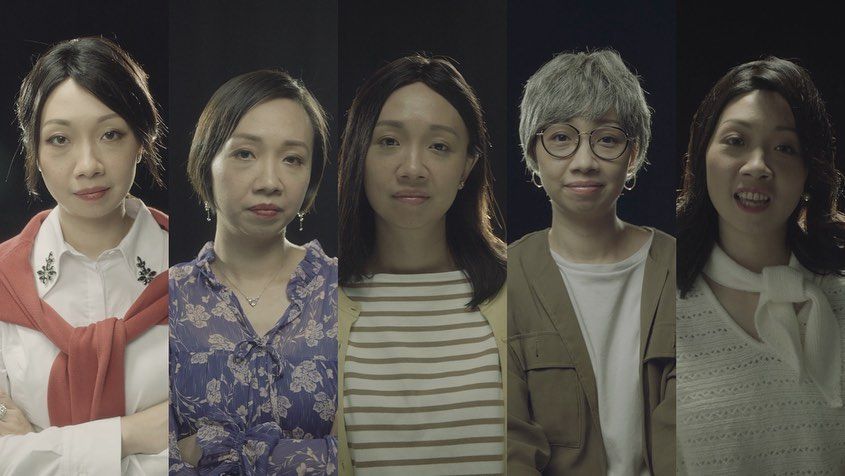 “…Their experiences and subjectivities are far from homogenous.” – Choi.

A Story of One’s Own, the result of scholar Kimburley Choi’s 3-year research-creation, investigates Hong Kong older women’s life history. Their subject positions and contribution as working daughters and household financial pillars are lime-lighted as a means to activate their agency through their stories and perspectives. The performed personae for the video camera embody the 43 interviewee’s multi-voices on childhood, education, work and marriage life as unique portraits of Hong Kong society. Whereas their experiences and subjectivities are far from homogenous, the researcher’s narrative organization and the actress’ story-telling performance suggest linkages between self-narratives and history.

Between representation and lived experiences…

Choi’s project highlights the performative nature of oral storytelling: can memory be turned into the creative intervention of experiences? As the interactive video system on site at Floating Projects shows, selfhood is visualized as a rhizomatic story with varied voices. This is the starting point of how literal translation of talk could be equated with history.

In this project, Choi has turned social research into arts-based narrative inquiry through re-enactment, interactive video installation and web-based interactive re-storytelling. Through fieldwork and participation, A Story of One’s Own reflexively experiments on the production of visual ethnographic knowledge.

Different modes of speech and textual effects are deployed to present what is discovered in the research in clips of 7-10 minutes monologues or imagined conversations. The data set is organized in two parts. Part 1 contains five fictive characters, each speaking a life history of continuity that could be individual or collective, and also to address issues of confidentiality. Part 2 further illustrates and enacts the multitude of the different voices and augments the rhizomatic complexities experienced in narrative inquiry by showing the field researchers’ analytical engagement in several on-line Zoom meetings, which concludes with their review of young viewers’ responses to how they relate to older generations collected through a questionnaire.

After interviews were transcribed, the main researcher, co-director and two research assistants spent a week reading the scripts with the appointed actress before shooting. Expectations were spelt out, and deviations in interpretation addressed. The rehearsals and actual video-recorded performance reveal that language, subject and realities cannot be separated. The interactive set up in a way isolates each performed episode while keeping them as a hyper-linkable structure. Collaboration is thus also expressed as co-constitution in the entire production process. (constructed by Linda Lai based on Kimburley Choi’s full research essay.) 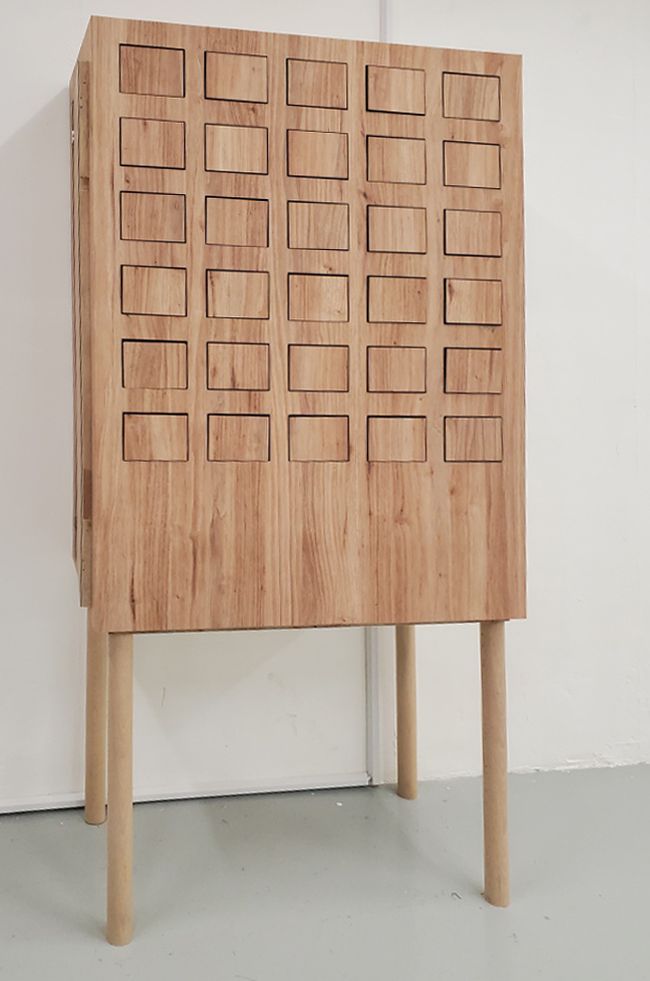 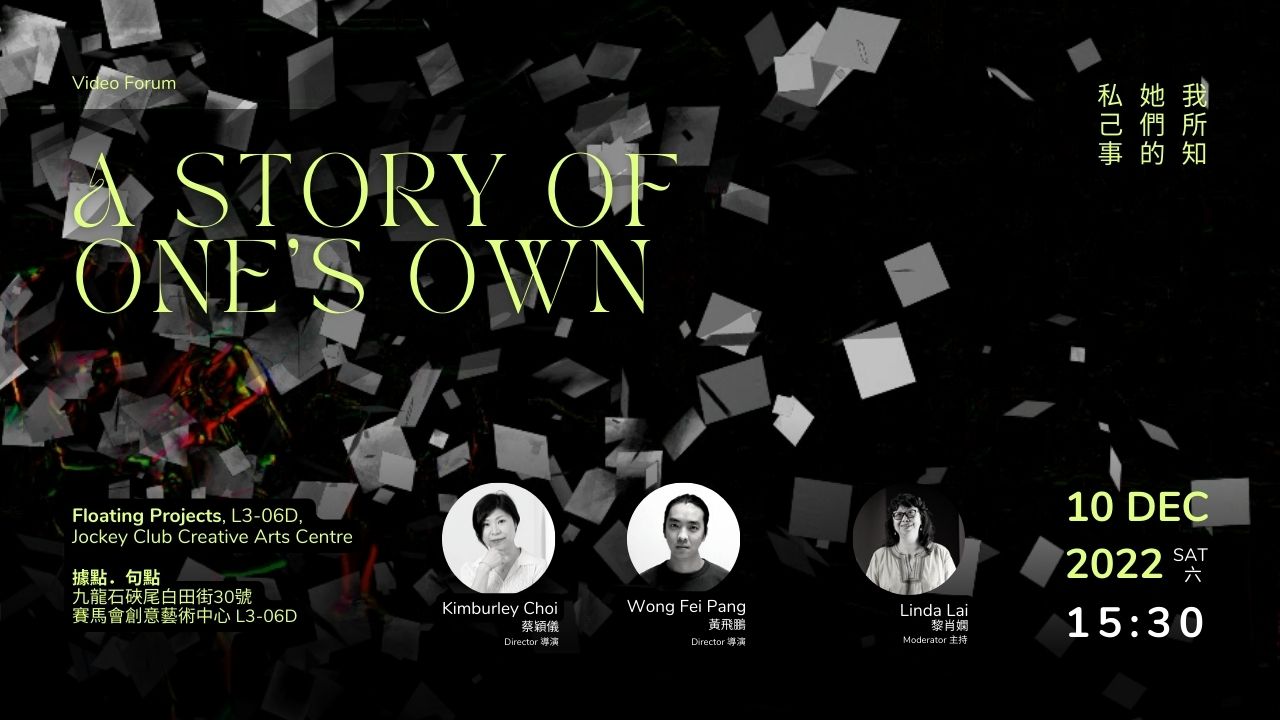 Video Forum : A Story of One’s Own 我所知她們的私己事 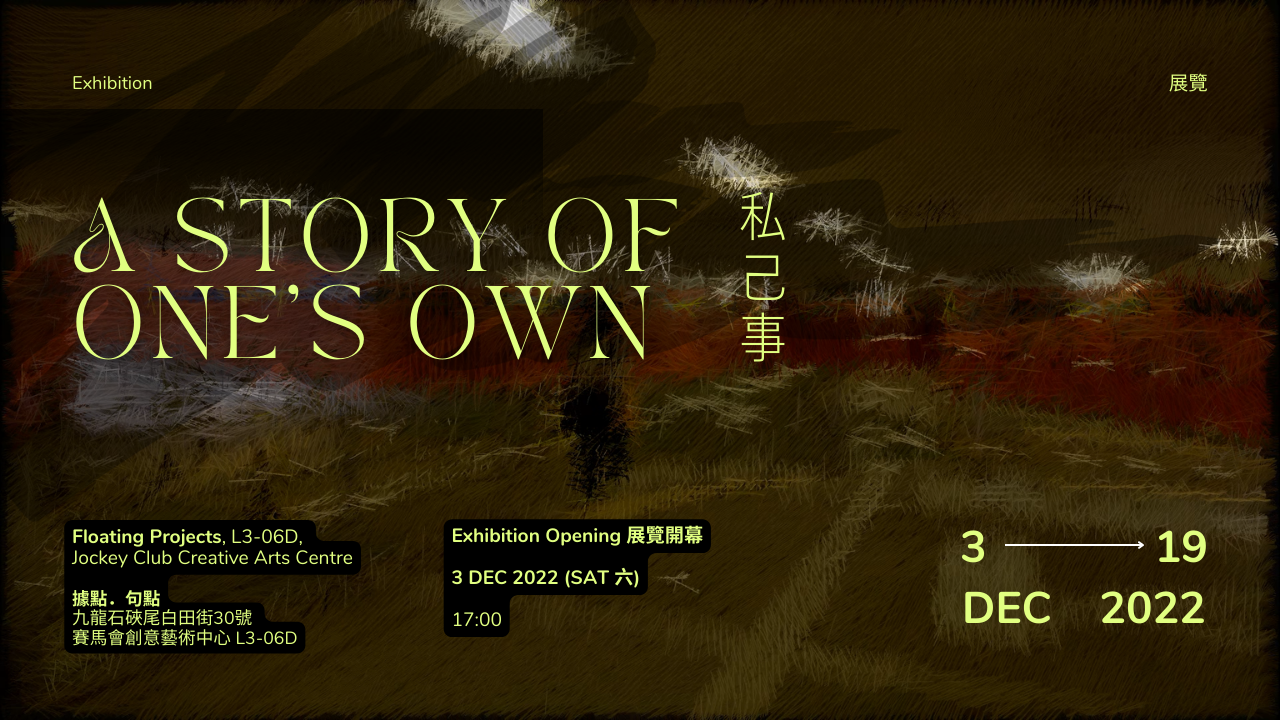 私己事 A Story of One's Own